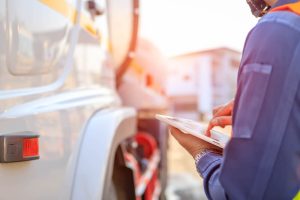 An accident with a commercial truck can cause expensive property damage, catastrophic physical injuries, and even fatalities. If you have been injured in a truck accident, then it is critical to consult with an attorney who will have the resources to conduct a full investigation of the accident. Your attorney will gather crucial evidence to help establish liability. One piece of evidence that could be vital to your case is the truck driver’s logbook.

The Federal Motor Carrier Safety Administration (FMCSA) regulates the number of hours a truck driver can spend on the road. The hours of service regulations include:

Hours of service regulations and other rules are meant to prevent fatigue and mitigate the risk of an accident. Since operating a commercial truck can be dangerous, the FMCSA aims to ensure truckers get the rest and sleep they need to be at full-functioning capacity. Violating these rules can place the driver and occupants of other vehicles at risk of serious harm.

Information in a Truck Driver’s Logbook

The FMCSA requires anyone who operates a commercial motor vehicle that is subject to federal safety regulations to complete a record of duty status using a twenty-four-hour graph grid with the information below:

Limited exceptions exempt certain truck drivers from completing a logbook. For example, someone operating within a 150-mile radius might not have to document their driving time under specific circumstances. 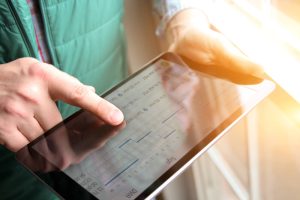 Many commercial vehicles have devices installed to record a driver’s traveling hours and additional information electronically. Truck drivers could use the Automatic On-Board Recording Device (AOBRD). This device can record:

The driver must manually enter other details required by the FMCSA.

An Electronic Logging Device (ELD) is another device motor carriers can install in their trucks. Like the AOBRD, it records information related to the driver’s activity while operating a commercial truck.

How a Driver Log Could Help Following a Truck Accident

A truck driver’s logbook could prove incredibly useful following a truck accident. Anyone investigating the cause of the crash could review it to determine if the trucker’s actions contributed in any way. Maybe they traveled beyond the maximum driving limit or didn’t take necessary breaks. You could argue they were fatigued, resulting in impaired driving abilities.

The ELD or AOBRD could also provide crucial evidence during a legal case against the truck driver. If the device shows they were on the road for longer than they should have been or traveled outside the location they were supposed to operate, that would be a violation of the law.

If the paper log or electronic device shows a violation of federal regulations, the truck driver could be held liable for the accident.

If you were involved in an accident with a commercial truck, contact Gibson Hill Personal Injury immediately. We can review the driver log or electronic recording device to determine if fatigue was a factor.

Our team of experienced and dedicated truck accident attorneys will gather all available evidence to prove the truck driver or another negligent party should be financially responsible for your resulting injuries and losses. You can depend on us to fight for the justice and compensation you deserve.