Get a FREE Consulation
Home > Personal Injury > When Can I Be Compensated for A Dog Bite? Written by: TY Gibson and Brett Hill Last Updated : July 27, 2022

When Can I Be Compensated for A Dog Bite? 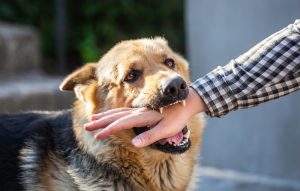 In Texas, “every dog gets one bite.” That doesn’t mean you can’t claim negligence if a dog gets loose and bites you or a family member. It does make proving that the dog’s owner was negligent a little more difficult. If you’ve been bitten by a dog and believe that the owner’s careless handling of the dog allowed the bit to occur, there are a few things you can do to get the compensation you deserve.

What Is a Dangerous Dog?

In some states, dog owners are strictly liable for dog bites. That means that if a dog bites someone, the owner must pay for the injury, whether the dog had bitten anyone before or not. In Texas, the owner is only liable if the dog is known to be dangerous: that is, if the dog has previously attacked or bitten someone. If the dog has not previously bitten someone, the owner may not be liable unless it can be shown they should have reasonably known the dog was dangerous.

So, what is a dangerous dog?

Dogs rarely attack “out of the blue.” Unless it is sick or hurt, a dog will usually give warning before it bites a person. If you have been bitten by a dog and the owner swears the dog has “never acted this way before,” you should ask other people in the neighborhood about the dog’s behavior before the attack.

If You Are Partially to Blame 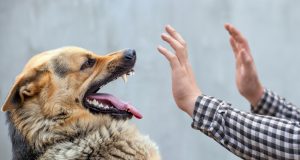 Although it is not a defense, the owner may deny liability by saying you were trespassing on their property when the dog bit you. Texas courts follow a modified comparative negligence rule, which means that if you were more than 50 percent responsible, you would not be able to recover any compensation for your injury.

In a dog bite case, this means that if the owner had posted “Beware of Dog” signs or warned you to stay away from the dog and you tried to pet the dog anyway, you might not be able to recover any damages. On the other hand, if you were walking past the property and the dog came over the fence and bit you, the owner has less of a defense.

Dog owners are allowed to keep dogs they know are dangerous if they keep them in a way that warns the public that the animal is dangerous and that prevents the dog from getting loose. After that, people are expected to stay away from the dog.

When You Need a Lawyer

If you have been bitten by a dog and believe the owner knew or reasonably should have known the dog was dangerous, contact the Texas personal injury lawyers of Gibson Hill Personal Injury at 512-580-8334 right away. Because of the way Texas handles dangerous dogs and comparative negligence, you should seek legal advice before proceeding with any insurance claim or action.

You have two years from the date of the bite to file a lawsuit in a dog bite case. Let our attorneys take over all the insurance claim and legal paperwork on your behalf. Let us work to show that the owner mishandled the dog and knew it was dangerous. We will work diligently to get you the compensation you deserve for your injuries. Call us today.